“Life is a great big canvas, and you should throw all the paint you can on it.” — Danny Kaye

On the third day of our trip we got up early and had a great, big breakfast and lots of hot tea. It was so cold outside! After our drive to the Giant’s Causeway I got bundled up in my tank top, shirt, sweater, scarf, gloves, coat and then squeezed into my raincoat. I could hardly move!

Nevertheless, it was beautiful and my only wish was for a little sunshine and/or rainbows!

The Giant’s Causeway (known as Clochán an Aifir or Clochán na bhFomhórach in Irish and tha Giant’s Causey in Ulster-Scots) is an area of about 40,000 interlocking basalt columns, the result of an ancient volcanic eruption.

Legend, according to Wikipedia: Legend tells of an Irish warrior Fionn mac Cumhaill, who built a causeway to Scotland. One version of the legend tells that Fionn was challenged by a Scottish giant, Benandonner. Now Benandonner was much much larger than Fionn, so he tried to think of a way out. His wife, Oonagh, came up with an ingenious idea. When Benandonner crossed the bridge looking for him, Oonagh disguised Fionn as a baby and tucked him in a cradle. When Benandonner came, Oonagh told him that Fionn was out woodcutting, but he should be back soon. She showed him ‘Fionn’s son’. When Benandonner saw the size of the baby, he had no desire to see the father! Benandonner fled home in terror, ripping up the Causeway behind him, so the ‘enormous Finn MacCool’, would not follow him. 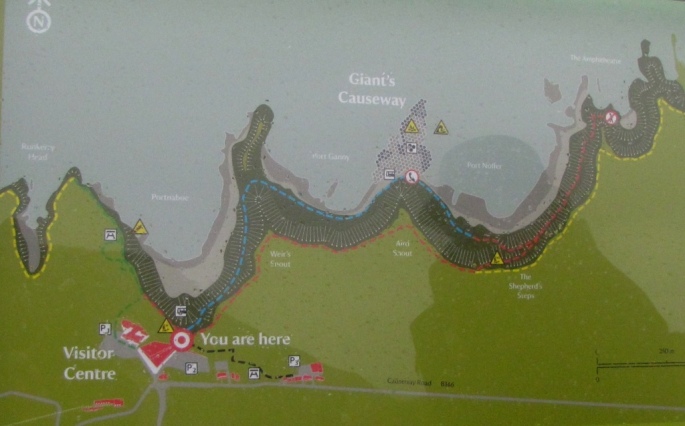 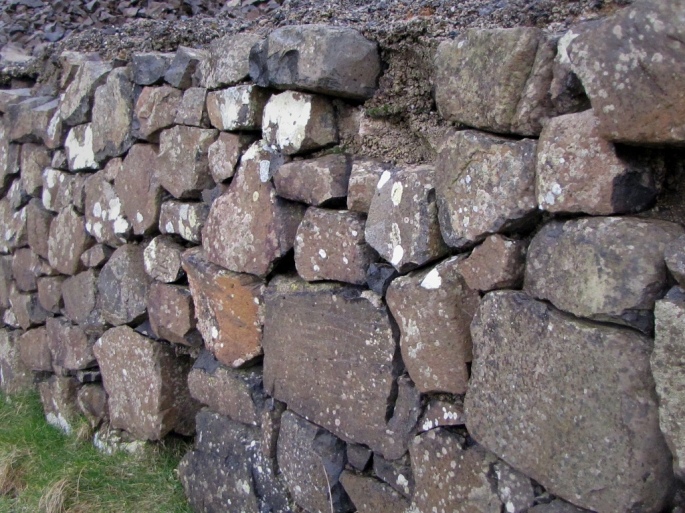 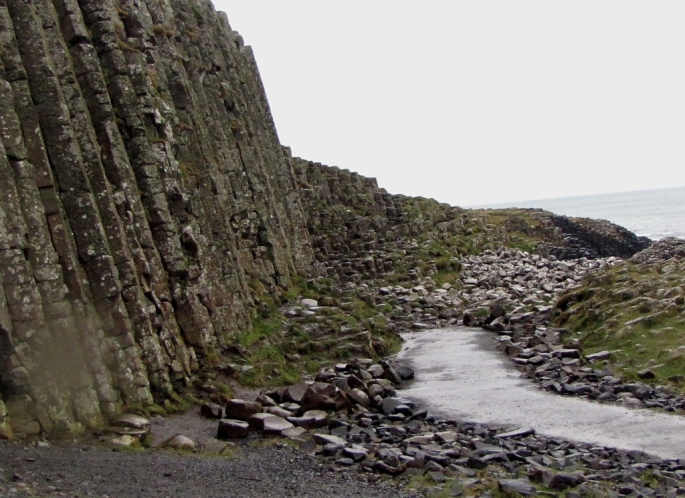 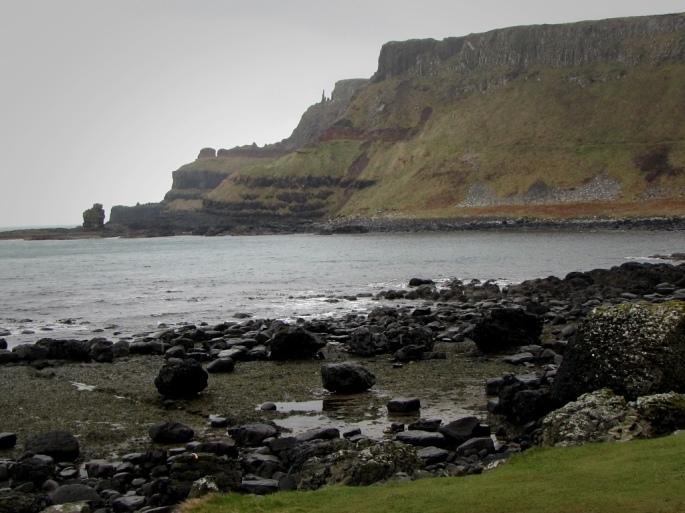 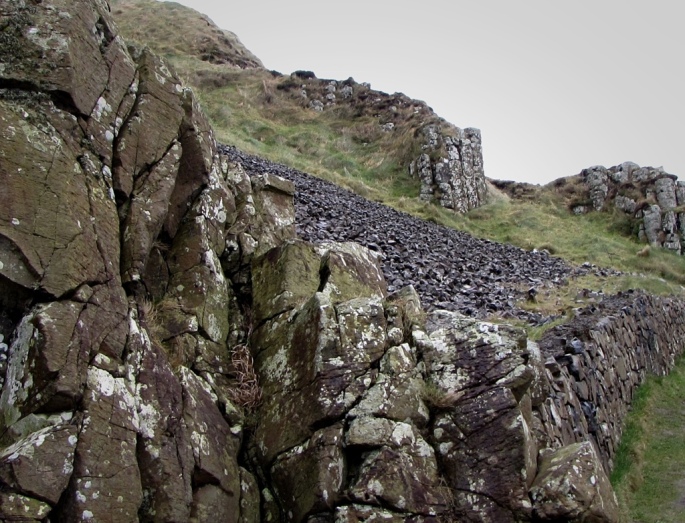 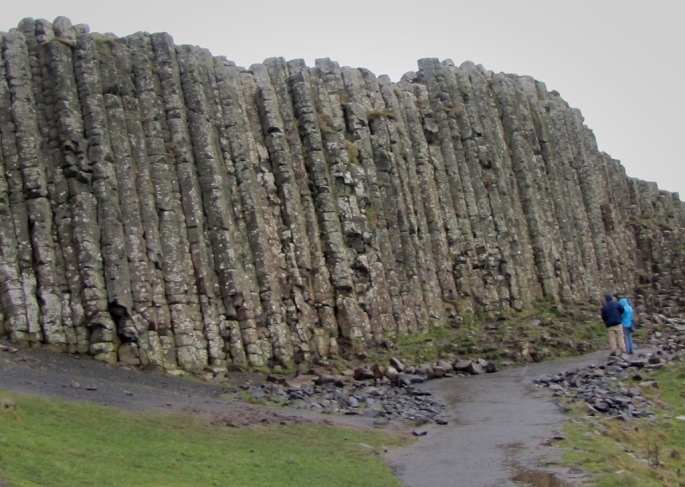 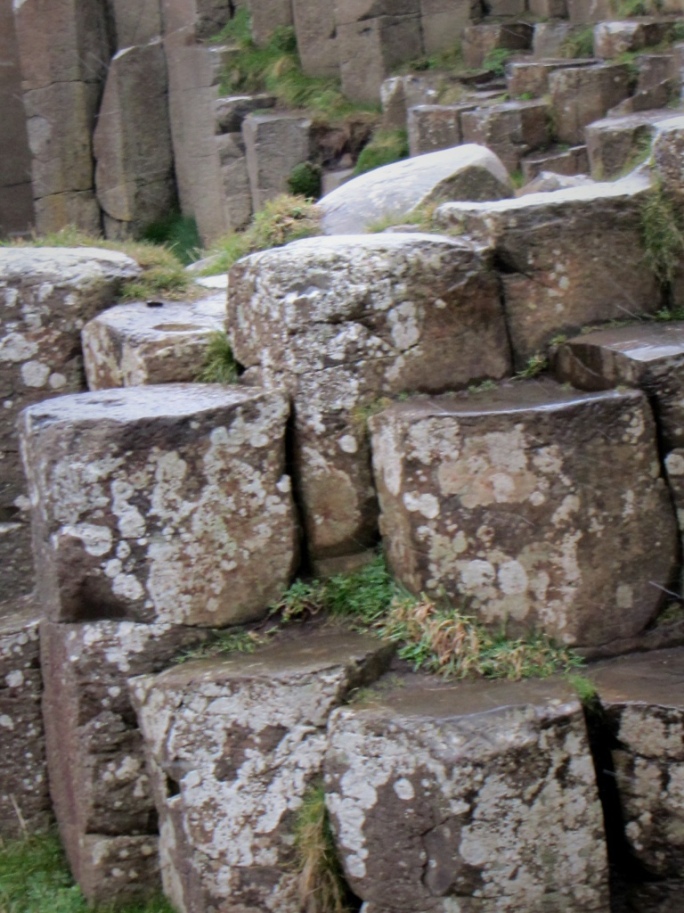 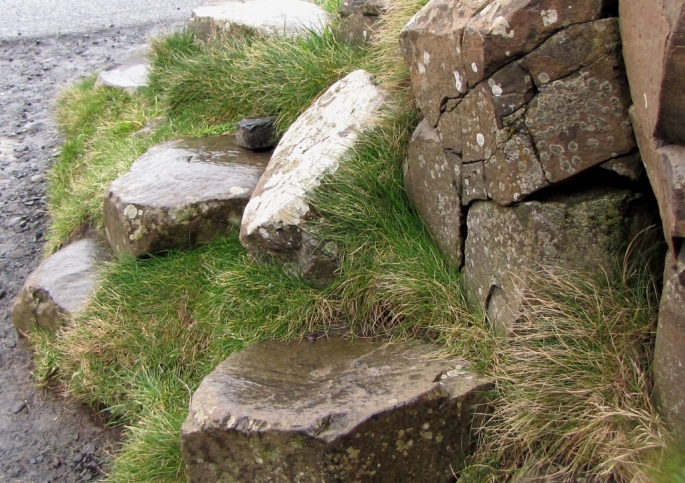 After taking our pics and freezing at it, we got into the visitor center and did some shopping; had some hot tea and scones! Yaee couldn’t get enough of tea and scones!